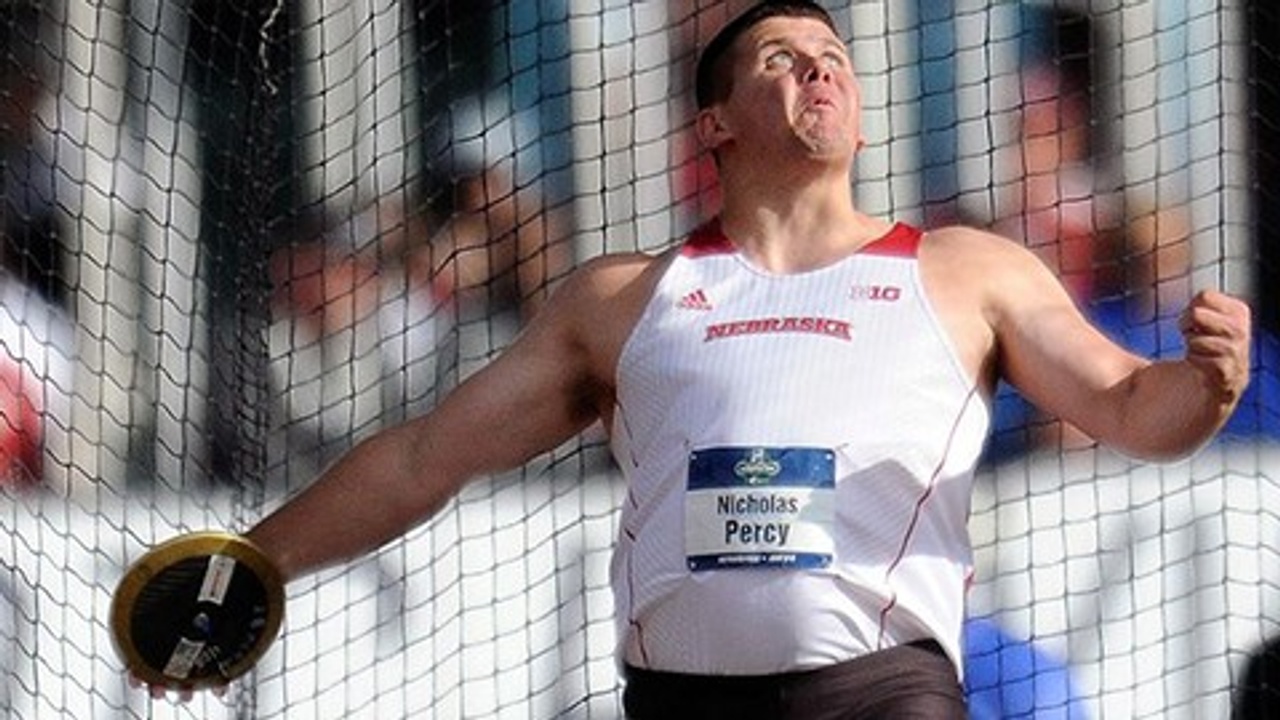 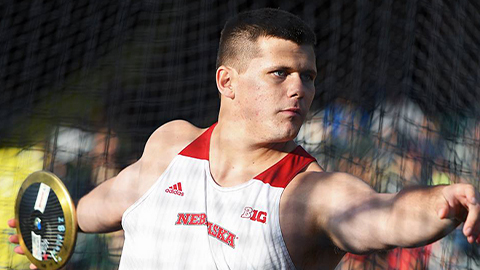 The discus throw is divided into four main phases; the start/wind up, the movement across the ring, the power position, and the delivery.

Start and Wind Up

The thrower faces the back of the circle with the feet shoulder width apart, with the knees bent and the arms down by the sides. The preparation position will demonstrate some forward tilt, similar to a back squat position with the lower body. The discus is gripped with two to three fingers curled together near the distal interphalangeal joint with the palm firmly pressed against the implement.

The discus thrower’s body weight is distributed evenly, with the feet planted flat before the preliminary movements begin.

The throw starts when the right arm moves toward the left side, between the left hip and shoulder, the left hand guides the discus to the left. The discus is brought behind the right hip and is locked into place as the left arm extends out and across the body.

The left arm should be long and straight at shoulder height inside the left knee as the athlete brings the discus to the right side during the wind up. The lower body should remain stable with minimal weight shift for beginning throwers during the wind up; one preliminary swing is enough to establish the rhythm of the throw.

Coaching Note: the wind up is very individualistic, but it should be simple and consistent for novice throwers.

The wind up sets up the acceleration pattern and rhythm of the throw.

Most of the speed developed in a throw is created during the other phases of the throw, not during the wind up; higher turning speed in the back of the circle does not translate to higher release velocity.

Coaching Note: some advanced throwers use a more aggressive well-timed wind up to the right side to gain momentum and additional torque between the upper and lower body at the start of the throw.

After the wind up, the throw is initiated with a weight shift to the left side. The left knee drops down as the right leg is lifted and pushed forward to create separation between the knees. The right leg then sweeps out and around the back of the circle; the right leg should remain long, with the foot leading the sweeping action. The left leg should stay bent with the knee over the pushed over the toe during the sweeping movement. The shoulders need to remain level with the discus behind the right hip, and the left arm should stay inside the left knee while moving from the back of the circle into the drive portion of the throw.

Coaching Note: individual differences dictate the spacing between the knees out of the back of the circle; a quicker athlete may want to keep the feet tighter to generate more velocity; a taller athlete may use a wider right leg to take advantage of the thrower’s long levers.

Drive to The Middle 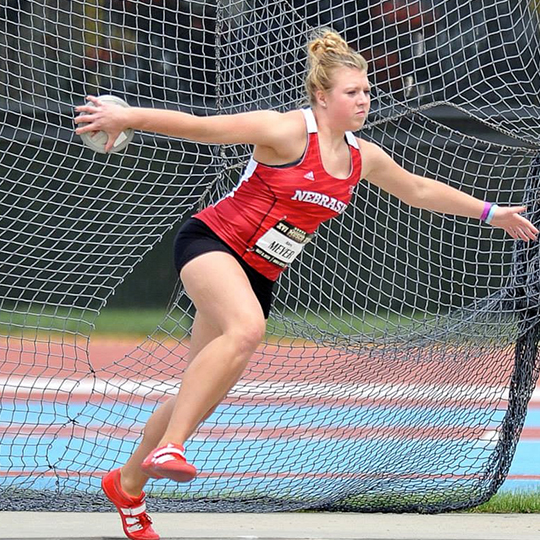 The elevation of the right arm and discus help create an orbit that can add to the velocity of the throw, but the thrower needs to have the correct timing for the orbit to be effective. Generating an orbit is a more advanced technique.

Into the Power Position

When the pre-turned right foot touches down, the left leg will be off the ground near the center of the ring. The pre-turned right leg will land between 280 to 340 degrees, while the left foot is airborne near 90 degrees. The thrower can keep the knees together in the middle to accelerate the landing of the left leg in the front of the circle.
Coaching Note: when the legs are tighter together in the middle, the thrower can create more speed in the lower body, which will result in more separation between the lower body and upper body.

After the right leg makes contact near the middle of the circle, it is actively turned from approximately 280-340 degrees to 90 degrees. The left leg is snapped down to the front of the circle aggressively, landing straight as possible to prepare for the blocking action during delivery.

The discus moves from a higher position to a lower position during the right foot turning action in the middle. The discus drops from the 180-degree high point at the right foot touch down to 270 degrees when the left leg plants. The discus will be at shoulder level throw at 270 degrees when the thrower reaches the power position. After the left arm drops down during the high point of the discus, the arm is extended out, slowing the rotational movement of the upper body.

Coaching Note: the main focus of the rotational movements in the discus technique is to set up an active throwing position to accelerate the implement into the delivery of the throw.

The sooner the athlete can get into an effective power position; the faster force can be applied to the discus to create more release velocity. The discus thrower’s main biomechanical source of speed during the early phases of the throw is rotary momentum, created from the back of the circle into the power position.

From the power position, the discus thrower actively turns the right side of the lower body into the left leg block. The shoulders rotate forward, trailing the lower body; separating the upper body and lower body will create a long pull on the discus. As the right leg starts to turn toward the front of the throw, the left arm opens up to the center of the sector to set up the final blocking action of the left side during the release of the discus.

Coaching Note: Most of the thrower's bodyweight should stay back over the right side until the thrower is ready to release the discus.

A proper delivery in the discus must include an active right side that turns the middle of the circle into the finish with a solid left side block from the power position into the release. 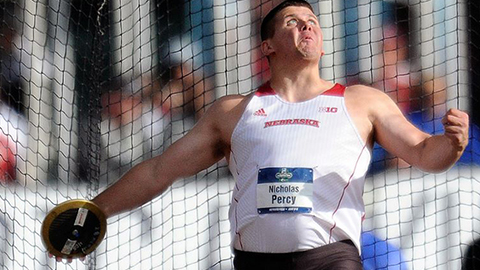 There are two types of finishes in the discus throw, the non-reverse and the reverse. Some throwers throw without reversing the feet while others do lift off the ground; there is disagreement if throwing with fixed feet is more effective than throwing with a reverse.

In the non-reverse, the thrower’s feet stay fixed on the ground during the release of the throw.

The coach must find the technique that consistently provides high level results for the discus thrower. 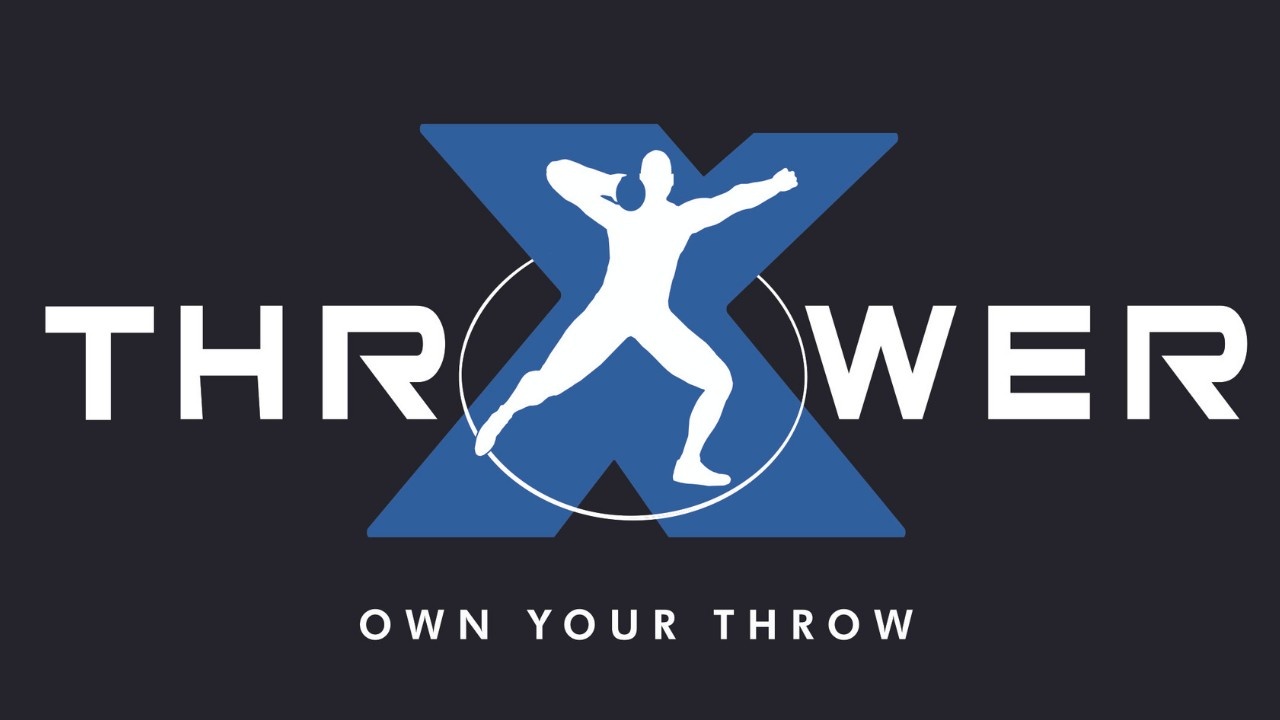